Notes on a Balinese cockfight

I am in Bali, staying for a short stay luxury escape at Padma Resort, Ubud, which is actually at a small village, Payangan, about 45 minutes drive north of Ubud. It is a marketing sleight of hand by the resort, but no matter. For the cost of minor distance from the well-known Ubud, connected by a regular shuttle bus, we are rewarded with a guarded palace perched on the hills overlooking rain forest and more rural life than Ubud. And the sensual glory of the world’s most instagrammable pool. 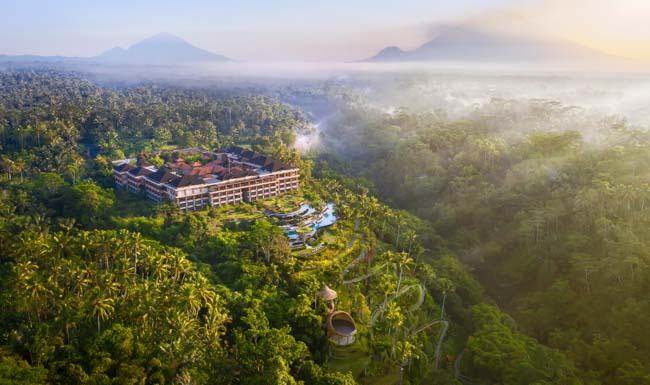 Instagram and its influencers (one spectacularly beautiful Estonian influencer was posing in the hotel’s infinity pool as I swam there yesterday, a paid guest of the hotel, part of he mirage of social media success) were, however, not on my mind as we were driven by our courteous English-speaking butler from Denpasar airport to this princely five-star resort.

From the confined view of the back seat of a modern black sedan, I peered out at the side of the streets. I saw modern highways signposted for all the world the same as back home. I saw congested yet orderly traffic, including many motor-cyclists, local and expatriate. I saw temples and houses with shrines. I saw petrol stations laid out for all the world like the same stores in Melbourne. I saw roller-door shopfronts, with their owners peering out on the passing world. I saw guru medicine franchises advertised on billboards, and countless stone carving shops, with Buddhas, Ramas, and dancing girls turned out, I assume for the tourist market. And I saw luxuriant plant growth, everywhere threatening to overwhelm this civilization just like Borobudur, and magnificent new public statuary depicting scenes of Arjuna fighting the Kauravas in the Mahabharata.

And my mind turned to my memories of Peter Brook’s great dramatization of the Mahabharata (1985-9), which inspired me in my early 20s, and the great essay on cultural anthropology by Clifford Geertz, Deep Play: Notes on a Balinese cockfight.

I had read Geertz’s seminal essay at university in the 1980s both in studying history and social theory. Geertz had taught Greg Dening, who was the head of department for a while, and practised a kind of anthropological history, and who awarded me the prize for best history student in my final honours year. What surprised me about my recollection of the essay was that it was only fragments of theory, thoughts on the significance of culture, perhaps gleaned from other Geertz essays: now that I was in the very Balinese culture, of which Geertz had written such a virtuoso thick description, I could recall not one specific note about the actual Balinese cockfight.

So I pulled up the notes on Balinese cockfight from the internet, and from the title on realised how thinly I had misremembered this great essay. I had forgotten all the details of the cockfight, and Geertz’s story of how his accidental involvement in fleeing the Muslim authorities’ raid on this cockfight began an induction to understanding Bali and and a spiral fall into a deeper interpretation of culture. I had even forgotten the presence of “Deep Play” in the title.

Deep play is central to Geertz’s ideas and to the demonstration of those ideas of the interpretation of culture as text, performance, social theatre and the investiture of meaning in life. Geertz draws the idea, indeed, out from the outer limits of a text by Jeremy Bentham, the utilitarian prime, and counters it with the thoughts of Max Weber. Geertz counterpoises deep play with the dimensions of life beyond the men of utility-maximisers. Deep play challenges all functionalist, materialist, economistic or Marxist ideas of society and their attempted dominion of Geertz’s field of anthropology. Deep play is the realm of the cockfight, and it is in a lowly cockfight – forbidden, quotidian, but profoundly theatrical – not the high arts, that Geertz looks to find his interpretation of Balinese culture.

The cockfight is in the realm of deep play, where stories of how the world might be are acted out, and tbe mundane counting of bets and signalling of social status are secondary props ina more glorious theatre. Deep Play is also the realm of poetry, and Geertz quotes (in part) Auden, from his elegy for Yeats:

“For poetry makes nothing happen: it survives

In the valley of its making where executives

Would never want to tamper, flows on south

From ranches of isolation and the busy griefs,

Raw towns that we believe and die in; it survives,

A way of happening, a mouth”

So it is for the cockfight: men go on humiliating, and being humiliated, but status does not change. It is rather art, a spinning of webs of significance.

“The cockfight is ‘really real’ only to the cocks – it does not kill anyone, castrate anyone, reduce anyone to animal status, alter the hierarchical relationships among people nor refashion the hierarchy; it does not even redistribute income in any significant way. What it does is what, for other people with other temperaments and conventions, Lear and Crime and Punishment do; it catches up these themes – death, masculinity, rage, pride, loss, beneficence, chance – and ordering them into an encompassing structure, presents them in such a way as to throw into relief their essential nature…. An image, fiction, a model, a metaphor, the cockfight is a means of expression; its function is neither to assuage social passions nor heighten them (though in its play-by-fire way it does a bit of both) but in a medium of feathers, blood, crowds and money, to display them.”

Geertz concludes his great essay with one of those obiter dicta that I did not forget, never left me, and oriented me in the infinite conversation:

“The culture of a people is an ensemble of texts, themselves ensembles, which the anthropologist strains to read over the shoulders of those to who they properly belong… Societies, like lives, contain their own interpretation. One has only to learn how to gain access to them.”

These words have for more than 30 years made up part of the ensemble of texts in my life, not as an anthropologist, but as an outcast participant in the infinite conversation. But I wonder today if the cultures that produced both Geertz – a certain form of the Academy that money, functionalism, reform and wokeness have progressively destroyed over that same 30 years – and the Balinese cockfight, the uniquely poised culure of Bali that Geertz studied with such care, are in irreversible decay.

Are there still Balinese cockfights or tajen? It seems so, but they are less common. They remain illegal, but are they receding in significance? They are still reported, and tolerated for ceremonial purposes; but are they also becoming more marginal and replaced with other forms of cultural expression in a more globalised culture. They are not part of the packaged tourism that I experienced in my brief luxury stay in Bali.

Today, we look back on the enterprise of anthropology and Geertz’s initiation into the deep play of the cockfight after 30 to 50 years of globalization, and its paradoxical impact of cultural interchange and diversity of expression. This phenomenon of globalization has been one of the great transitions of my times, and understanding it is part of understanding the Burning Archive. As Fernandez-Armesto says in his history of ideas, Out of our minds: what we think and how we came to think it:

“Paradoxically, one of the effects of globalization will be diminished exchange, because in a perfectly globalised world, cultural interchange will erode difference and make all cultures increasingly like each other. By the late twentieth century, globalization was so intense that it was almost impossible for any community to opt out.”

Felipe Fernandez-Armesto, Out of our minds

In the resulting global culture, I come to Bali and find Estonian Instagram influencers, but not one sign of a cockfight.