A.S.Byatt has written a short and puzzling book, Ragnarök: the end of the gods (2011, public library). It is a kind of tribute to the Norse myths that she learned as a child through a gift from her parents of a book, Asgard and the Gods. Most of the book is told through the eyes of “the thin child”, a reconstructed persona of Byatt as a child, growing up during world war two. Her father was away at the war, never to return, and she was threatened directly by the Germans, whose mythology she read with the fervour of childhood, hooded by a bed sheet at night with a torch lighting her way to Valhalla.

The war destroyed this thin child’s world, but the stories of Asgard filled her with a “contrary myth” that she found more sustaining than the pallid Christian stories she was taught at school. This contrary myth sustained a belief in renewal and regeneration that was not possible in linear time, and was so needed in a world set to destroy itself. Now as she moves between the thin girl’s innocent dreams and the old writer’s bitter knowledge, the power of this myth is waning. She conjures back its magic, but it seems a world that is lost. Even the possibility of thinking in myth seems more alien to the “civilisation that I live in.”

Byatt’s book is also a meditation on how that civilisation may be facing its own Twilight of the Gods.

“But if you write a version of Ragnarök in the twenty-first century, it is haunted by the imagining of a different end of things. We are a species of animal which is bringing about the end of the world we were born into. Not out of evil or malice, or not mainly, but because of a lopsided mixture of extraordinary cleverness, extraordinary greed, extraordinary proliferation of our own kind, and a biologically built-in short sightedness.” (p. 167)

So she “wanted to write the end of our Midgard,” and in her telling the death and destruction of the great ash tree, Yggdrassil, is only too literal. She finds too a metaphor for the death ship, Naglfar, in the Edda a ship made from the fingernails and toenails of the dead, in the trash vortex, the great vast swirling heap of rubbish that forms a corrupted island somewhere in the heart of the Pacific.

It is not only a Midgard of nature that is falling into destruction, bu the gardens of culture built by we Aesir. Still there is the strange persistence of the beautiful stories of lost times. The gift given to Odin, after his trial hanging from the world tree like a dead man, can endure the final judgement of the Gods.

Image source: via Wikimedia Commons The Elder or Poetic Edda; commonly known as Sæmund’s Edda. Edited and translated with introduction and notes by Olive Bray. Illustrated by W.G. Collingwood (1908) Page 276. Digitized by the Internet Archive and available from http://www.archive.org/details/elderorpoeticedd01brayuoft 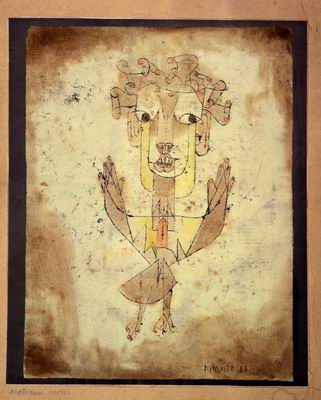