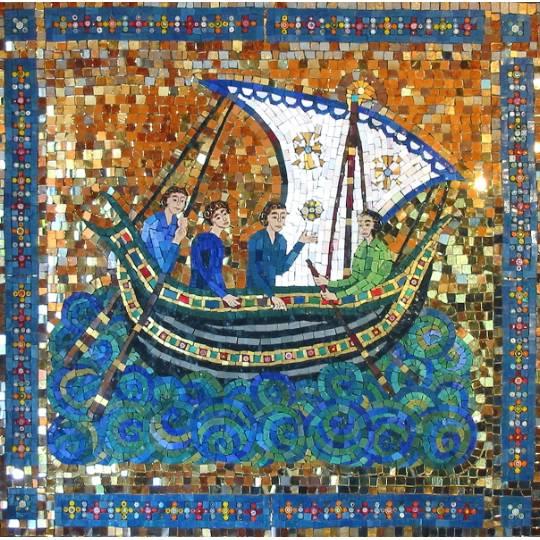 One of the surprises of my mid-life has been the admission of a longing for the sacred.

In the 1980s I remember there was a band, called the Sacred Cowboys who sang a post-punk dirge, “Is nothing sacred?” The song got under my skin in a way, and it seemed to my youthful mind more of a frenetic statement of the absurd, a rhapsody of disillusion, proud disillusionment, pounded into the ground with thrashing guitars and drug-wild drums beating out any last cinders of hope for transcendence. When I remember the song now I hear the lament in its rough chorus.
This connection to the sacred was first clarified in my mind when I read Jonathan Haidt’s book on moral judgement, The Righteous Mind. A sense of the sacred is one of the foundations of moral instincts. Haidt calls it the Sanctity foundation. It drives emotions of disgust, and has its origins in evolutionary protection from dirt, pathogens and excrement. And more than an aversion to the awful, it is the basis of the beautiful and the common: “the psychology of sacredness helps bind individuals into moral communities. When someone in a moral community desecrates one of the sacred pillars supporting the community, the reaction is sure to be swift, emotional, collective and punitive.” A world with no sacred objects is a strange, anomic and difficult world to live in. Is nothing sacred, indeed.
When I read Haidt’s book I was surprised to learn, on doing one of his tests, that I scored more highly than the norm on the sanctity foundation, and so my breezy self-description that I was socially liberal but culturally conservative was perhaps true. This sense of the sacred was always there, but I had hidden it beneath a dedicated secularism. After all, I was the child of atheists, and before the age of 40 had only entered a church once or twice in my life. I inherited no tradition of the sacred, but had acquired a rich cultural repertoire. Until I read Haidt’s book, I confused this lack of a tradition or a religion, with the irrelevance of the sacred. In truth, all my striving to be part of the infinite conversation was a search to commune with holiness.
At the same time, this misunderstanding of the sacred and of the importance of religion in human lives meant that the full significance of the twentieth century critique of the death of God and the death of man did not really register with me. I remember once a history professor sought to engage me in discussion of one of the essential questions – does God exist? Who cares, I thought. It doesn’t matter.
But now I see a more tragic quest for sanctity in our modern lives, where not only is God dead, but perhaps culture is dead too? What is the place of the sacred after the death of the gods and amidst the ruins of a decaying culture?
Scruton raises this in a discussion of Wagner’s ring cycle:

That is why The Ring Cycle is of ever-increasing importance to music-lovers in our times. Its theme is the death of the gods, and what the gods have bequeathed to us, namely, the knowledge of, and longing for, the sacred. Until we recognise sacred moments, Wagner implies in this monumental work, we cannot live fully as free beings. These moments are the foundation of all our attempts to endow human life with significance.

This tragic search for the sacred leaves some of us hanging like Odin from a tree to gain the power of runes. For me, especially, culture is sacred, and I long to join the infinite conversation. For others, the sacred is a sublimated longing for love, and I cannot say that it is not a long alienated belief in belonging to a lost tribe that sits at the base of all my yearning for culture.  It takes others to mysticism and cults, and for some the practice of violence and power is limned with a sacred urging. That very strange book, Roberto Calasso’s The Ruin of Kasch, is an extended meditation on the modern world forgetting that sacrifice and the sacred lies at the base of all authority, and the overthrow of traditional authority has so often been celebrated with cultish violence.
But I pursue a more peaceful path: to care for monuments of unageing intellect.

From W.B. Yeats, Sailing to Byzantium
That is no country for old men. The young
In one another’s arms, birds in the trees,
—Those dying generations—at their song,
The salmon-falls, the mackerel-crowded seas,
Fish, flesh, or fowl, commend all summer long
Whatever is begotten, born, and dies.
Caught in that sensual music all neglect
Monuments of unageing intellect. II

An aged man is but a paltry thing,
A tattered coat upon a stick, unless
Soul clap its hands and sing, and louder sing
For every tatter in its mortal dress,
Nor is there singing school but studying
Monuments of its own magnificence;
And therefore I have sailed the seas and come
To the holy city of Byzantium.