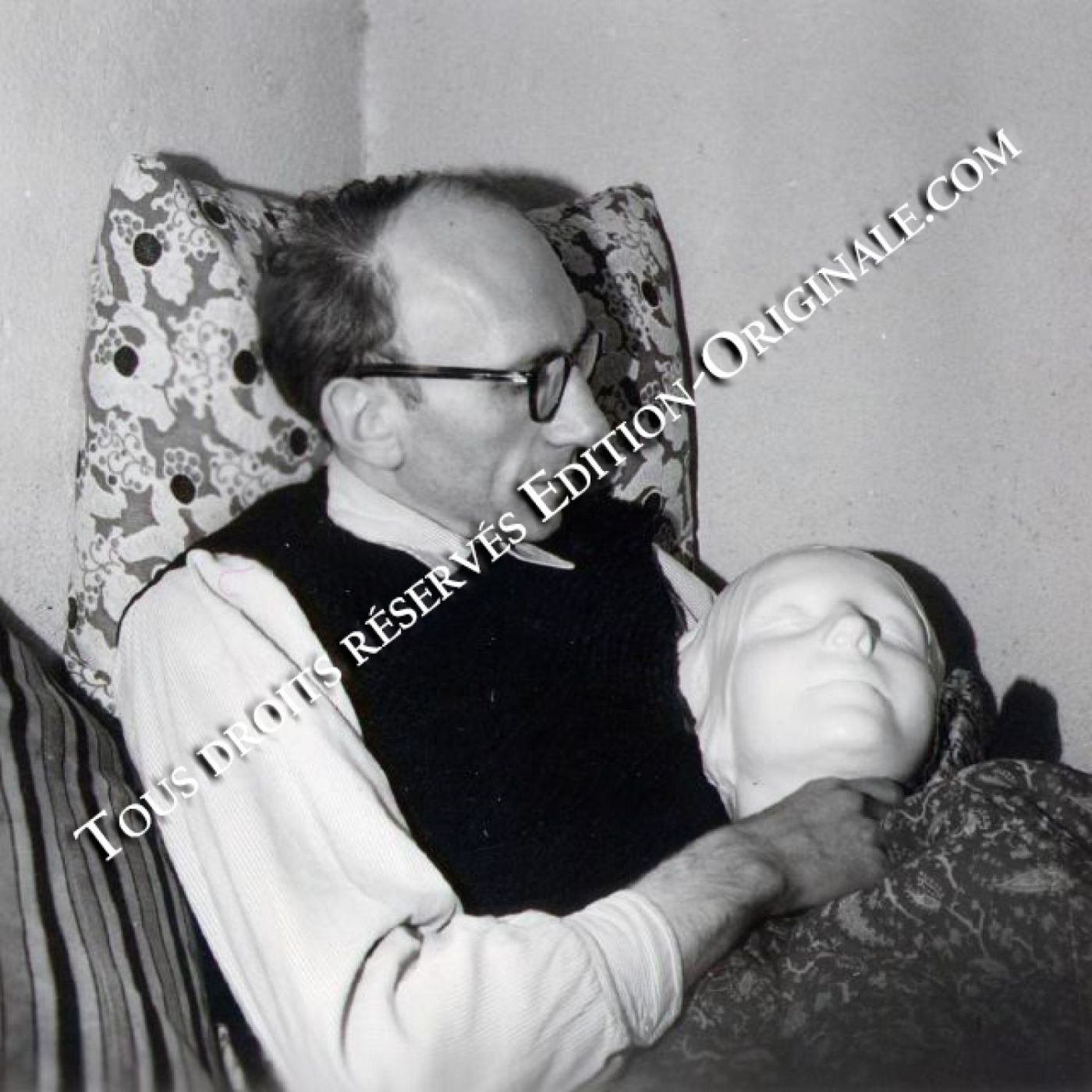 I have been reading some fragments of Maurice Blanchot – The Madness of the Day, The Writing of Disaster, some of the essays assembled under the title of The Gaze of Orpheus – and trying to make sense of the discrepancies in his story, and how it has encountered my own.

Certain phrases from Blanchot, such as the infinite conversation, have become talismans for my own interpretation of the world. But it is only fragments of Blanchot that mean much to me; perhaps appropriately since as one critic has said

“If Blanchot came to belong anywhere it is to the tradition (although “tradition” is hardly the word) of fragmentary writing that began with the Jena Romantics and which includes such figures as Gertrude Stein, Wittgenstein, and Paul Celan.”

Yet even many of these fragments are tedious. His novels, such as Thomas the Obscure, are even duller. Stripped bare recits, they read like Beckett without the wit, or Kafka without the eerie imagination.

It is really his writing on writing that has the greatest fascination, even if it is clogged with his endless paradoxes of abstraction. Literature is a form of moral paralysis in Blanchot’s reclusive evocation of the space of literature. The writer’s task is a form of Sisyphean labour, or even more tragically the impossibility – one of Blanchot’s tedious talismanic words – of the Gaze of Orpheus.

“The act of writing begins with Orpheus’ gaze, and that gaze is the impulse of desire which shatters the song’s destiny and concern, and in that inspired and unconcerned decision reaches the origin, consecrates the song. But Orpheus already needed the power of art in order to descend to that instant. This means: one can only write if one arrives at the instant towards which one can only move through space opened up by the movement of writing. In order to write one must already be writing. The essence of writing, the difficulty of experience and the leap of inspiration also lie within this contradiction.” Blanchot, The Gaze of Orpheus p. 104

Experience and inspiration, however, are thinly scattered in Blanchot. His works are most powerful when they work into the themes of other writers – Kafka, Rilke, Proust – this strange madness of writing without hope of communication or purpose. When he turns to fiction, the poverty of his imagination and of his experience shows. But in his criticism, his encounters in the infinite conversation, over and over, Blanchot evokes the perfect uselessness of writing, and it is that – that impossibility – that makes literature possible.

There is also a ghost that haunts Blanchot’s writings on literature, on thought, and his paltry writings on politics. In the 1930s Blanchot espoused fascist, anti-semitic and anti-democratic politcal ideas, and wrote trashy political journalism for ultra-right wing journals in France, such as Combat. The fragmentary evidence suggests – despite some of his best friends being Jewish, such as Emmanuel Levinas – he collaborated with the German occupation of France. During the war he  wrote articles such as “Terrorism as a Method of Public Safety.” Like his friend Bataille, he enthused about a  kind of ubermensch transvaluation of all values, led by aristocrats of literature such as himself, and suppressing all organised political discussion, and such mundane institutions as parliamentary debate or dialogue.

After the war, and the execution of literary collaborators such as Robert Brasillach, Blanchot pursued a reclusive life, avoided public appearances, and made a living through literary criticism that worked private obsessions and philosophical questions into an enigmatic writing of disaster. He turned dramatically to the left in the 1950s, yet still pursued a form of millenarian hatred of democracy. To be a communist in the democractic West during the Cold War, after all, was hardly a better moral choce than to be a collaborator with Nazi Germany in occupied France.

Still, for many radical literary critics, Blanchot’s turn to the communist or anarchic left is a form of redemption.

“From 1958 onwards Blanchot’s engagement is in a movement of the radical left. It is here that he reflects on the essential part that literature plays in the realm of the political, driving at a formulation of ‘literary communism’. ” Haase and Large, Maurice Blanchot

Blanchot is hardly the only extremist who has oscillated between left and right hatred for the ordinary virtues of democracy, and one can only suppose his long meditations on the errors of his youth had some sincerity. Yet I am most struck by the false profundity of Blanchot’s thought on the relationship between literature – or should we say thought? – and politics.

In Unavowable Community – the work which the authors credited above celebrated as a problematisation of liberal democracy and the information society – Blanchot circles in the space of literature, looking for a form of political experience that he can celebrate – with the same paradoxical impossiblity of his literature –  as the pure community of his literary communism, the “communist exigency”. He looks at the ideas of communism, community – words he places side-by-side – with regret for the “grandiose miscalculations of history… disaster that goes much further than mere ruin” (Unavowable Community p1), and seeks to redeem his millenarian longing, which lay behind both his right-wing and radical poltics.

As I write this, I am reading the following lines by Edgar Morin which many of us could make our own: “Communism is the major question and the principal experience of my lfe. I have never stopped recognizing myself in the aspirations it expresses and I still believe in the possibility of another society and another humanity.” (Unavowable Community p 2)

But it is a shadow play of communism, community that we encounter in Blanchot’s essay: fragmentary reflections on Bataille, Marguerite Duras, Tristan and Isolde, de Sade, Levinas, and cryptic reflections on Bataille’s experimentation with a literary induced blood sacrifice that would commence a revolution against all common sense in the Acéphale group. There is never a word of gulags, or the cheka, the party or the idiocy of rural life in this strange meditation on the avowable beliefs of Blanchot’s past. Only briefly do real world events impinge on this space of literature, and that is a celebration of the carnival of May ’68:

“May ’68 has shown that without project, without conjuration, in the suddenness of a happy meeting, like a feast that breached the admitted and expected social norms, explosive communication could affirm itself… as the opening that gave permission to everyone, without distinction of class, age, sex or culture, to mix with the first comer as if with an already loved being, precisely because he was the unknown-familiar.” p 29-30

This idea of politics as a permanent carnival of ecstatically induced illusions does not bear the slightest examination. It can only survive in a fevered world of paradox, forever turning away from the lived world of the other, of the ordinary people and ordinary lives and ordinary virtues of dwelling together in compromise and conflict. It is an idea of politics that survives on an evasion of Blanchot’s past, and the elaborate illusions of the literary man. Obscurely, Blanchot seems to look into the abysss of his own lies to himself about the guilt of his ineffectual and embarassing beliefs about politics:

“The unavowable community: does that mean that it does not acknowledge itself or that it is such that no avowal may reveal it, given that each time we have talked about its way of being, one has had the feeling that one grasped only what makes it exist by default? So, would it have been better to have remained silent? Blanchot The Unavowable Community p. 56 [my emphasis]

I have long lived a strange life in the shadows of both literature and politics. The dream of a politics cleansed and redeemed by a kind of literary or philosophical messianism has never appealed to me. I have known the strange worklessness of writing that Blanchot evokes, but would never confuse it with the tasks of politics, its ceaseless talking to strangers and its ordinary virtues of practical judgement and resolution of conflict through muddy compromises. And community – what is that but nostalgia in today’s worlds of fissured identiities, decaying cultures and uncontrollable societies?

There is something profoundly ridiculous about literature professors pronouncing on the politics of the day, and finding in Shakespeare’s plays resources for the resistance to Trump. Closer to Blanchot, the recent revelations that Julia Kristeva was a Bulgarian spy, supporting her life of privileged radicalism and the carnival of May ’68 by serving the authoritarian police state, show the hypocrisies and secrets of literary radicals continue to this day. No domestic spys appear in Blanchot’s unavowable community, and Kristeva it seemed was not even a very good spy.

The portrayal of politics in literature is so often dull and uninformed, and full of tired tropes and fictional caricatures. I don’t know if these two worlds can be easily brought together. Perhaps the true impossibility of literature is the art of the possible itself?